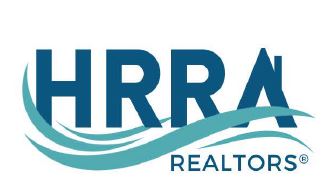 The mission of the Hampton Roads REALTORS® Association is to enhance the ability of REALTORS® throughout Eastern Virginia to achieve business success in an ethical and professional manner, and to protect and preserve private property rights. Choose from the links below to learn more about the association.

2018 was the 50th anniversary of the Fair Housing Act. HRRA commemorated the anniversary throughout the year with special publications, events, guest speakers and more.

Fair housing is more than a list of dos and don’ts, rights and penalties, and mandatory continuing education. As stewards of the right to own, use and transfer private property, fair housing protects our livelihood and business as REALTORS® and depends on a free, open market that embraces equal opportunity. Fair housing Makes US Stronger.

Before the Fair Housing Act
1789 – The Fifth Amendment to the Constitution, the right to property
1857 – The Dred Scott Decision, U.S. Supreme Court declares that African-Americans could not be citizens and had no rights White citizens were bound to respect
1863 – Emancipation Proclamation, that all persons held as slaves within the rebellious states are, and henceforward shall be free
1865 – Thirteenth Amendment to the Constitution, abolishes slavery in the U.S.
1866 – Civil Rights Act, declares that all citizens shall have the same rights as White citizens to own, occupy and transfer real estate
1868 – Fourteenth Amendment to the Constitution declares that all persons born in the U.S. are citizens and all citizens are guaranteed equal protection of the law
1872 – Freedmen’s Bureau, established in 1865 were shut down
1896 – Plessy v. Ferguson, U.S. Supreme Court rules that “Separate but Equal” is lawful
1908 – Founding of the National Association of Real Estate Boards, later the National Association of REALTORS®, which allows local boards to exclude African-Americans and women from membership
1916-1970 – The Great Migration, African-American migration north to take advantage of industrial employment
1917 – Buchanan v. Warley, U.S. Supreme Court outlaws zoning based on race; Emergence of racially restrictive covenants
1924 – Code of Ethics states that a REALTOR® should never be instrumental in introducing into a neighborhood a character of property or occupancy, members of any race or nationality or any individuals whose presence will clearly be detrimental to property values in that neighborhood
1926 – Corrigan v. Buckley, U.S. Supreme Court rejected a legal challenge to racially restrictive covenants
1934 – National Housing Act and Residential Security Maps had the result of denying financing in older urban areas and predominantly African-American neighborhoods
1943 – Stuyvesant Town housing project in New York approved for development with the exclusion of African-American residents
1947 – African-American real estate brokers form the National Association of Real Estate Brokers with the mission of “Democracy in Housing”
1948 – Shelley v. Kraemer, U.S. Supreme court ends enforcement of racially restrictive covenants
1950 – National Committee Against Discrimination in Housing formed
1956 – Interstate Highway Act paves way for urban highways often used to physically separate White and African-American communities
1957 – New York City becomes the first city to ban discrimination in private housing
1959 – Colorado becomes the first state to ban discrimination in private housing; By 1965, sixteen states had laws against public and private market housing discrimination
1962 – President Kennedy bans discrimination in housing funded by the federal government
1963 – California Rumford Act bans all housing discrimination in publically-funded housing and in all housing in buildings of five units or more
1967 – U.S. Supreme Court finds that a referendum, supported by the real estate industry, to repeal the Rumford Act violated the Civil Rights Act of 1866
1967 – National Committee Against Discrimination in Housing conducts audit to document fair housing/discriminatory treatment
1968 – Fair housing Act

More than 130 Years of History

The Hampton Roads REALTORS® Association has a long and distinguished history. The name and jurisdiction has changed periodically during its 130+ years of existence, but the community leadership and accomplishments have been consistently outstanding. The Hampton Roads REALTORS® Association began as the Norfolk Real Estate and Stock Exchange, formed on July 23, 1886. Nine men of vision recognized the critical need to organize a professional association for their industry. The jurisdiction included all of Southside Hampton Roads, and membership grew rapidly. Changes through the 1900s

On January 31, 1981, history moved toward full circle as REALTORS® in Norfolk, Chesapeake, and Virginia Beach recombined their resources to create the Tidewater Board of REALTORS®. The Hampton Roads REALTORS® Association, in its many forms, has supported this area for well over a century by providing its members with information on education, community service, and governmental affairs. It has established an impressive track record of service to both the community and the real estate industry. As it has in the past, the Hampton Roads REALTORS®Association will continue to evolve as the needs of the membership change and grow. The Hampton Roads REALTORS® Association is committed not only to protecting and preserving private property rights, but is also passionate about improving life across the region, through volunteer efforts as well as charitable donations.

REALTORS® Have a Heart

REALTORS® Have a Heart is an effort of HRRA’s Community Involvement Advisory Group, which plans and organizes association volunteer events at charities and nonprofits across The 757 to give back to the community that the association serves.

Past REALTORS® Have a Heart activities have included summer beach cleanups during the Chesapeake Bay Foundation’s Save the Bay Day; landscaping and other projects at the Virginia Zoo; spring cleanups at the local Ronald McDonald House; winter cleanups at Edmarc Hospice for Children; food distribution and pantry organization at the Judeo-Christian Outreach Center; warehouse and thrift store projects for the Union Mission and Habitat for Humanity; grounds and maintenance projects for Camp Hope Haven; and assisting in home construction during a Habitat for Humanity of South Hampton Roads “Blitz Build,” among others.

The HRRA Foundation is a tax-exempt, 501(C)(3) non-profit organization sponsored by the Hampton Roads REALTORS® Association. The HRRA Foundation is a channel for the charitable and community service energies of the professional real estate industry. The money donated to this foundation, by charter, must be directed to meeting the charitable needs of the community and for education of the public and the real estate industry.

Join HRRA in helping the citizens of Hampton Roads in the fight to end homelessness, educate the homebuying public, and recover from natural disasters.

Members Only allows members to update their membership information anytime, anywhere. This program is directly linked to the HRRA database, so member changes are live and real-time. (Updates to your public profile, such as photo uploads, may take up to 24 hours to appear on the website.)

Additional questions? See a discrepancy in your record that you cannot change? Please do not hesitate to email Support@HRRA.com or call us at 757-473-9700.

This area has been built specifically for the Hampton Roads REALTORS® Association leadership. In each area, you will find agendas, meeting minutes, and other important documents. To access a Leader Login page below, click the link of your choice. You will be prompted for a username and password.

Please remember to close your Internet browser after you have finished working. Closing your browser will log you out of the section and the website.

The login / membership module is currently under maintenance until January 5th, 2021.